The inspiration behind The Sedona Method. 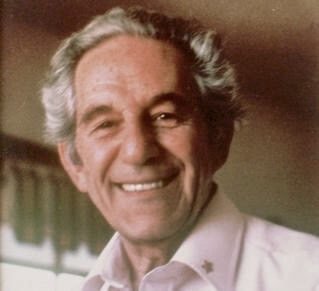 In 1952, a 42 year old physicist, engineer, and entrepreneur named Lester Levenson was sent home to his Central Park South penthouse in New York City by his doctor after experiencing his second coronary with the advice, “Buy loafers, because if you bend over to tie your shoelaces, you may die.”
Most people would have resigned themselves to this final unhappy verdict. Lester Levenson was not most people, however. Instead, he chose another route: an adventure of exploration and discovery that led him to the ultimate goal.

An achiever, a driven individual, Lester was plagued by a variety of physical and emotional problems prior to his heart attack: depression, hyperacidity, jaundice several times a year, migraines, perforated ulcers, and liver problems, to name a few.
Though his body was in bad shape, he determined—since he wasn’t dead yet—to see if he could find some answers as to how all this came about. He glanced towards his library, full of books on science, mathematics, engineering and physics and paged through a few until it dawned on him that he was looking in the wrong place.
“For a smart boy, you are stupid, stupid, stupid,” he admitted to himself, realizing that if the answers were outside of himself, he would have found them. And that the only place to look was, as he put it, in “the lab within.” So, that’s where he went.

“The best measurement of our intelligence is our ability to be happy.” Lester Levenson

Lester began to ask himself questions: “What’s life all about? What’s my relationship to this world? What’s happiness?” And, with that last question, his mind offered an answer, “When you’re loved.”
Lester looked at that and saw that he was indeed loved by family, girlfriends, and mates, but he was still unhappy. When he asked himself the question, “When was I the happiest?”, images arose in his mind of times when he was with family and friends, being loving.

“Why, that’s when I was happy!” So, happiness equated to his being loving! He then realized that all his life he had been in pursuit of happiness—in someone, or some success or accomplishment, some thing, —always putting it outside of himself! He then discovered that he was able to let go within himself of this feeling of wanting love, and as he did so, his loving nature became more self-obvious.

Letting go of wanting to change

Lester saw that his unhappiness was directly connected to his desire to want to change things: comments people made, the results of elections, the weather, the news, even the endings of movies! He wanted to change it all—and it was covering over his happiness and well-being.

So, he began to review his life—beginning with addressing all the things he wanted to change—letting go quietly within himself of his desire to want to change it.

As he continued on this process of letting go, he began to feel better. With no direction in mind other than “I am feeling better—how much better can I feel?”, he pursued his examination of his life. Sometimes he did this around the clock.

After a three-month period of letting go, he intuitively knew that all the physical and mental dis-ease in his body was gone. He found himself resting in a state of profound peace that never left him for the remainder of his life. Lester lived another 42 years!

Limited only by what we hold in mind

What Lester discovered and experienced was that we are all unlimited loving beings, limited only by the concepts, thoughts, beliefs and feelings we hold in mind. These limitations are not fact and they are not true. And because they are not true, they can be easily let go, released, dissolved.

He realized that since he was able to do this letting go all by himself, so could others without the need of a teacher. This powerful, yet elegantly simple, tool that allows us to tap into our own natural ability to let go of any unwanted, uncomfortable feeling or thought, in the moment, quietly within ourselves, is now known as The Sedona Method.

Make the world perfect by perfecting your consciousness

To learn more of Lester’s teachings

We thank and honor Lester for pointing the way home. He is a wonderful mentor and friend.

To learn more of his remarkable words of guidance, there is the Happiness Is Free book, available on Amazon. It is a compilation of private talks Lester gave in the 1960’s, with releasing explorations following each talk, offered by Hale Dwoskin.

That which you already know

“I can’t give you this knowledge; no one can. I just suggest, and you open yourself to that which you already know, and have always known, and always will know.” Lester Levenson

A series of videos to help you in your daily life.  Visit the Road Trip Releasing page.

Have questions? Please send us a note with your questions in the form below and we will be in touch with you as soon as possible.